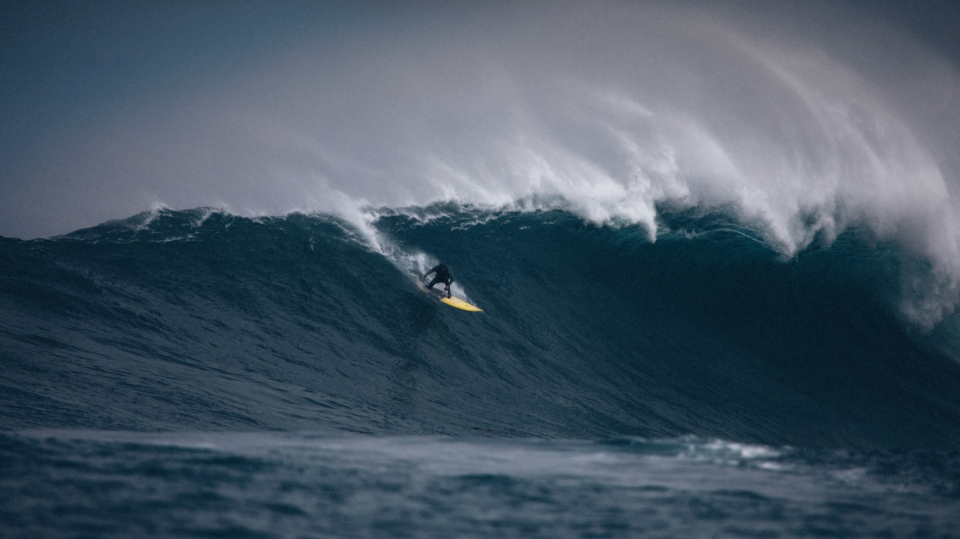 The blonde stranger is resting heavily on the hood of his truck and staring vacantly back at the boiling ocean that has just tried to drown him. “I felt that second wave roll over me before I made it to the surface. I was down for two waves. My lower body was numb when I got to the surface because my organs were starting to shut down”. The sheep farmer had driven half a day to ride these waves and put on quite a show for us locals. He was going on anything and everything, often wiping out in spectacular fashion on the first wave of the set and getting viciously flogged by everything coming behind it. The waves were at the top end of what is possible to ride, but his work rate was prolific. He wasn’t very skilled, but he was very determined. He’d get pitched and bounce down the face as if he was made of rubber. But somehow, amongst the horrific wipeouts and flying boards…..he’d managed to ride the biggest and best waves.

Since that first meeting a few years ago, the shepherd and I have become friends. Jurrie Muller lives and breathes on the land that his family has farmed for 160 years. His house sleeps, on the blunt rim of a sweeping valley that looks out over an African plain. In the distance, the blue mountain range looks like waves on an ocean. We’ve been up since dawn herding sheep with his dogs. Jurrie fondly strokes the head of one that’s standing dutifully by his side. “He’s getting old now.”  He says sadly. “He struggles to get into the truck on his own. Soon he won’t be able to come out with me anymore.” The sun rises warm and slow over distant blue mountains and the icy ground starts to thaw. Jurrie whistles and calls out to his dogs in a high pitched voice. The four animals surgically round up a huge flock of sheep, bringing them to where their shepherd now stands. 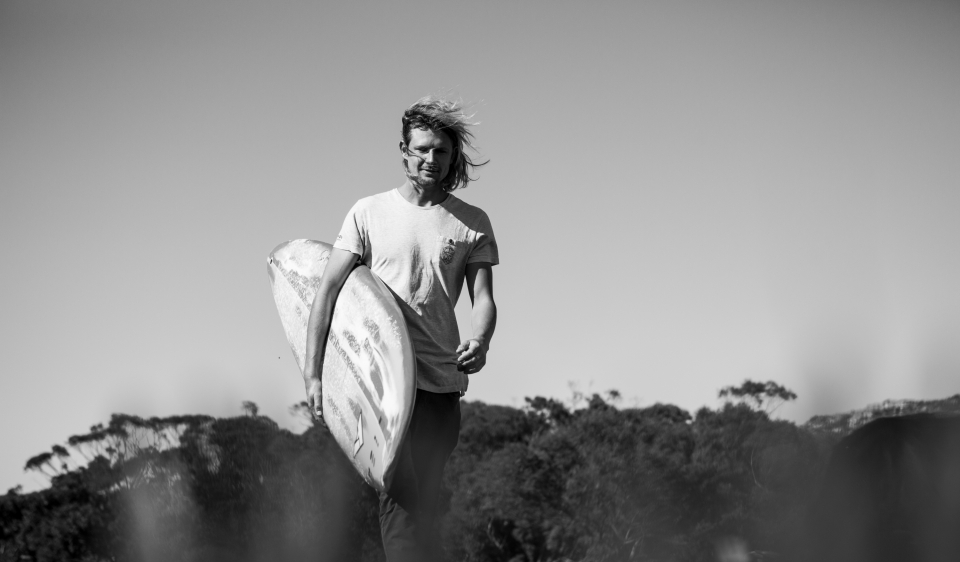 “He does that to keep fit you know” says his girlfriend, lifting her voice above the rattle of the truck on the dirt track. She’s driving now as Jurrie trots alongside, grinning from ear to ear. He looks as comfortable as the sheep dogs running on either side of him. “When I was a kid on the farm, my dad taught us to ride horses”, he tells me later that evening. “We had this one that he would make us ride. I kept getting thrown off. I’d get really hurt and cry, but my father kept making me get back on.  Then one day, I found that I could suddenly ride it. That’s become my approach to riding big waves.”

I can see the threads that connect the two narratives of his life. Farming is a long, slow journey in which you watch the seasons come and go. Then years come and go. Entire generations come and go. Knowledge and love for the land is passed on from father to son to daughter to son to daughter. The baby girl grows up to be the bride, who grows old and becomes the grandmother. It’s the circle of life. It’s the innate understanding that even the tallest tree starts it’s life as the smallest seed. I can see now why the salt shepherd approaches those giant waves with such abandon. He does it with the curiosity of someone who has lived an entire life with a front row seat on the mystery of creation. He does it as someone who understands the circle of life. I think that his curiosity is a curiosity that is common to us all. It’s that longing that we all feel, to know what it would be like to slide the surfboard that is our lives, through the distant blue mountains of our dreams.